After the victory, the bad news came for the team, this veteran player got corona infected, the captain’s problem increase 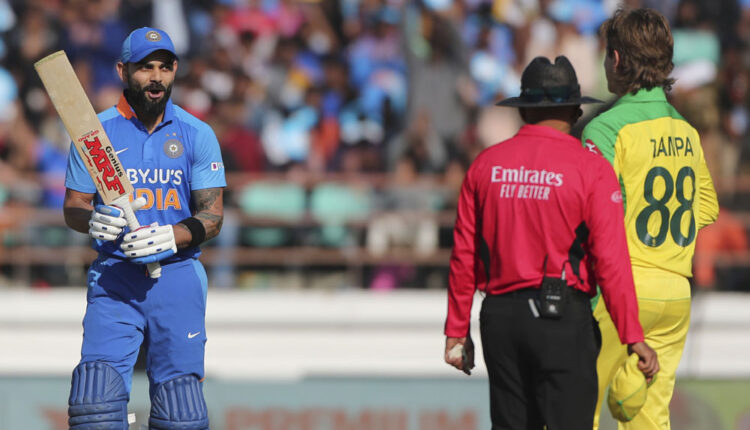 This player got covid

The ICC T20 World Cup 2022 (T20 WC 2022) is being played in Australia. The match between Australia and Sri Lanka is scheduled on Tuesday, but before this match of Australia, the team’s magical bowler Adam Zampa has become a victim of Covid-19.

After being found positive for Adam Zampa, it is now considered difficult for him to play in this tournament for the next match. However, if we talk about the rules of ICC, then Covid positive players are allowed to play.

Also Read : “T20 World Cup should be stopped” Australian all-rounder raised the demand to stop the World Cup after the Indo-Pak match

For hosts Australia, victory in the match is necessary.

In the ICC T20 World Cup 2022, the host team Australia was defeated in the match against New Zealand. In the first match of Super 12, New Zealand set a target of 201 runs to Australia. But Australia could not form a cricket team and lost the match by 89 runs. The hero of this match was Devon Conway.

He scored an unbeaten 92 off 58 balls. Due to which New Zealand could make a big target. After which Australia will now play the second match with Sri Lanka. Australia team will have to win this match at any cost.

Also Read : Sourav Ganguly predicted that the semi-finals of T20 World Cup 2022 will be between these 4 teams, these 2 big teams will be out of the group league itself

Where BJP has not won, vote percentage is a testimony of people’s love: PM Narendra…

Kareena Kapoor became a victim of Oops moment, when the actress’s blouse betrayed her…