CM Kejriwal wrote a letter to PM Modi, the matter is related to the photo of Lakshmi-Ganesh on Indian notes 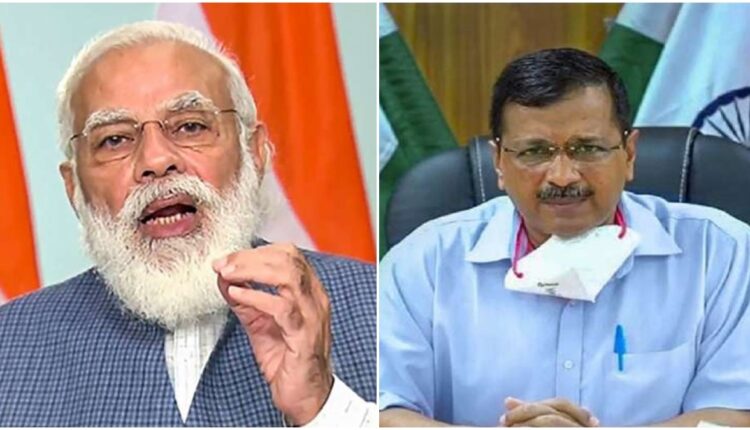 In a letter to the Prime Minister, Kejriwal has said that everyone agrees with his demand and is getting tremendous public support. He said that by putting the picture of Lakshmi-Ganesh on the note, the country will progress.

Kejriwal said, “It is the desire of 130 crore people of the country that there should be a picture of Gandhi ji on one side and Shri Ganesh ji and Lakshmi ji on the other side on the Indian currency. Today the economy of the country is passing through a very bad phase. Even after 75 years of independence, India is counted among the developing and poor countries. There are so many people in our country even today. Why?”

AAP’s national convener said that on one hand all of us countrymen need to work hard and on the other hand we also need the blessings of God so that our efforts are fruitful. Right policy, hard work and God’s blessings – only through their confluence will the country progress.

The picture of Mahatma Gandhi on one side, and pictures of Lakshmi and Ganesh on the other side can be printed on the new currency note. This will give his blessings to the whole country.” Kejriwal said that gradually new notes will come in circulation and our notes will have pictures of Gods and Goddesses along with Gandhiji.

Arvind Kejriwal said in his letter to PM Modi that, “Yesterday in a press conference, I publicly demanded this. Since then, there has been tremendous support of the general public on this issue. People are very excited about it. Everyone wants this to be implemented immediately.”

Parachute got entangled as soon as you jumped the base, then you will be shocked to see what happened – VIDEO

Gavaskar did not get a place in the series, so amidst the news of breakup, this…