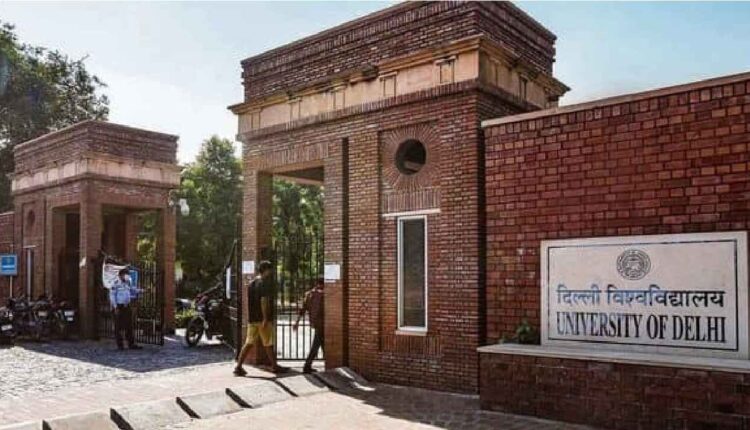 Delhi University has 70,000 seats for undergraduate courses. Admission is being done on these seats. However, seats are still lying vacant in many colleges.

So far, 59,401 students have been given admission in undergraduate programs in Delhi University colleges. A senior official gave this information on Sunday. The third round of seat allocation ended on Thursday. DU Dean of Admission Haneet Gandhi said that 2000 students have withdrawn their admission. He told that 14000 seats are still lying vacant in the university. most of the seats Delhi University There are vacancies in top colleges. This year admission in DU is being done on the basis of Common University Entrance Test (CUET) score.

Students are told that admission on vacant seats will be done through ‘spot admission’. Haneet Gandhi said, ‘59,401 students have been given admission in colleges of Delhi University. 14000 seats are vacant. 2000 students have withdrawn their admission. We have also released the list of vacant seats for the first spot allocation round of CSAS (Common Seat Allocation System).

Will be able to take spot admission on this day

Unlike the CSAS round, the seats secured in the spot admission round will be final. The DU official said that even after different rounds of spot admission system, the seats will not be upgraded. The university will provide information about each and every vacant seat and candidates will be given the option to select only one course.

Job fair: PM Modi will give 71 thousand appointment letters tomorrow, permanent jobs will be available in many departments of th

SBI PO prelims Admit Cards: This is how you can download, see process

JEE Main 2023 Exam: JEE Main exam can be held in these months, registration will…