From today, Mallikarjun will take over the command of Congress, Kharge’s swearing-in ceremony will be held in Delhi 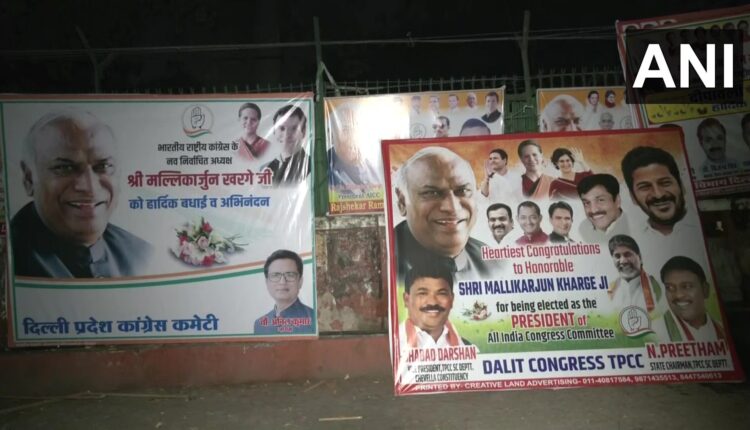 Will take charge in All India Congress Committee (AICC) in Delhi. Mallikarjun Kharge will be the leader of such non-Gandhi family after 24 years, who will take over as the National President of Congress.

New Delhi – Under the leadership of Rahul Gandhi, the Kashmir India Jodo Yatra is being taken out from Kanyakumari. The purpose of the visit is to unite Congress workers across the country and counter the allegations of Rahul being a grassroots leader of the opposition. On the other hand, the responsibility of strengthening the organization of Congress across the country is now with the newly elected President Mallikarjun Kharge. He will take charge of the All India Congress Committee (AICC) in Delhi today, 26 October. Mallikarjun Kharge will be the leader of such non-Gandhi family after 24 years, who will take over as the National President of Congress.

Congress’s full command will be present

Chief ministers of many states, former chief ministers, state presidents, MPs, members of Congress Working Committee and others are likely to attend during the swearing-in of newly elected Congress President Mallikarjun Kharge. It has been learned that many other big Congress leaders including Sonia Gandhi, Rahul Gandhi will also be present in the swearing-in ceremony.

VIDEO: The python swallowed the deer in a moment, people standing in front kept watching