“It is a matter of time” Pakistan is praying for India to win every match in T20 World Cup, know what is the whole m 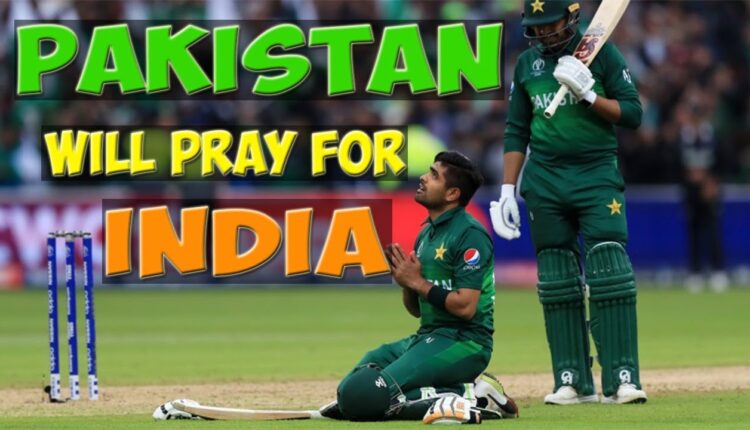 The T20 World Cup has reached its exciting stage. Some teams are reaching the semi-finals on their own, while some teams are also dependent on other teams. The interesting thing is that India’s rag-rival Pakistan is now dependent on India itself. If India loses even one of its matches in the future, then Pakistan’s exit is considered certain. Let’s understand all the math.

India will have to win all the matches

Pakistan has played two matches in the T20 World Cup so far, in which they have to face defeat in both. In the first match, India defeated Pakistan by 4 wickets, then Pakistan had to face defeat by 1 run from Zimbabwe. To reach the semi-finals, Pakistan must first win all its other matches.

ALSO READ: “If needed, I would have made a donkey a father” Wasim Akram said if this player was in the team, he would have defeated both India and Zimbabwe

How is India dependent?

This is by far the most exciting fact of the T20 World Cup that the neighboring country Pakistan is now dependent on India. Just the opposite we have seen in the last T20 World Cup, where India was dependent on Pakistan.

The point is that South Africa and Zimbabwe have one of the remaining matches with India, if India wins all of these matches, then Pakistan has more chances to play the semi-finals. At present, Pakistan is looking at the last position in the points table.

Below that is only the team of Netherlands. Pakistani fans are very disappointed with this performance, but the reality is that Pakistan seems to be completely dependent on India at the moment.

ALSO READ: Get KL Rahul out of the team, get this player to start the innings, demand raised before the match against Africa

Working for long hours in the office has a bad effect on the brain!

Cardamom will reduce wrinkles on your face, use this way

Anurag Kashyap was arrested in Saudi, the reason will surprise you. anurag kashyap…

Like Siddharth-Kiara, these stars also had a royal wedding, spent crores of rupees

IND vs AUS: Just before the Nagpur Test, BCCI made a move, got these two players…