Delhi Mundka Fire Updates: People trapped in the fire that broke out in a multi-storey building in Mundka, Delhi tried to escape till the last moment. Many people jumped down from the first-second floor to save their lives. At the same time, many people could not muster courage and died trapped in smoke and fire […]

Delhi Mundka Fire Updates: People trapped in the fire that broke out in a multi-storey building in Mundka, Delhi tried to escape till the last moment. Many people jumped down from the first-second floor to save their lives. At the same time, many people could not muster courage and died trapped in smoke and fire inside. Many people who jumped from above were seriously injured. He is being treated in hospitals.

People jumped from the building to save their lives

According to the Delhi Fire Brigade, many people trapped in the building, which became a ball of fire, were pulled out of the AC window. At the same time, many people jumped from the building in desperation and got injured. People were seen exiting the window with the help of ropes and a firefighter’s ladder placed on top of a truck. 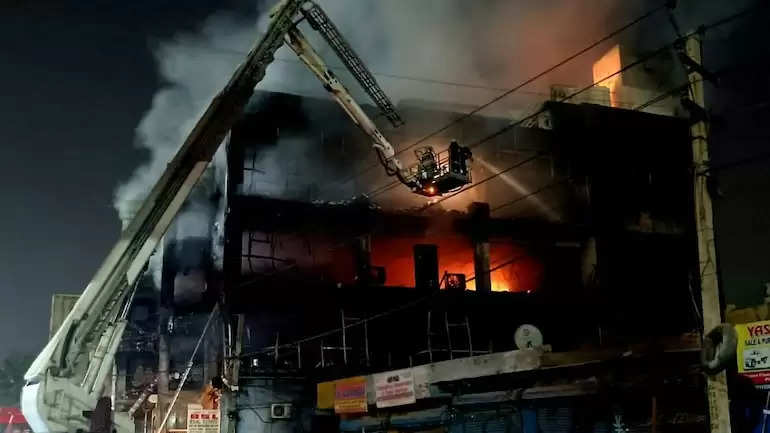 Fire was brought under control in Mundka

Fire broke out in Delhi’s Mundka. Since then 27 bodies have been recovered from the spot. The search for others is on. The fire has been brought under control. The rescue operation has been resumed. Both the factory owners have been arrested. A case of culpable homicide not amounting to murder has been registered against him.

Fire broke out in Mundka’s building on Friday evening

The 3-storey building built near the metro station in Mundka (Delhi Mundka Fire) was actually a commercial building, which was given on rent to various companies. It is being told that around 150 people were working in the building at the time of the incident. A sudden fire broke out on the first floor of the building at around 5.45 pm on Friday. As soon as the fire broke out, there was an outcry in the building and people started running here and there to save their lives, but due to the strong fire, they could not get a chance. 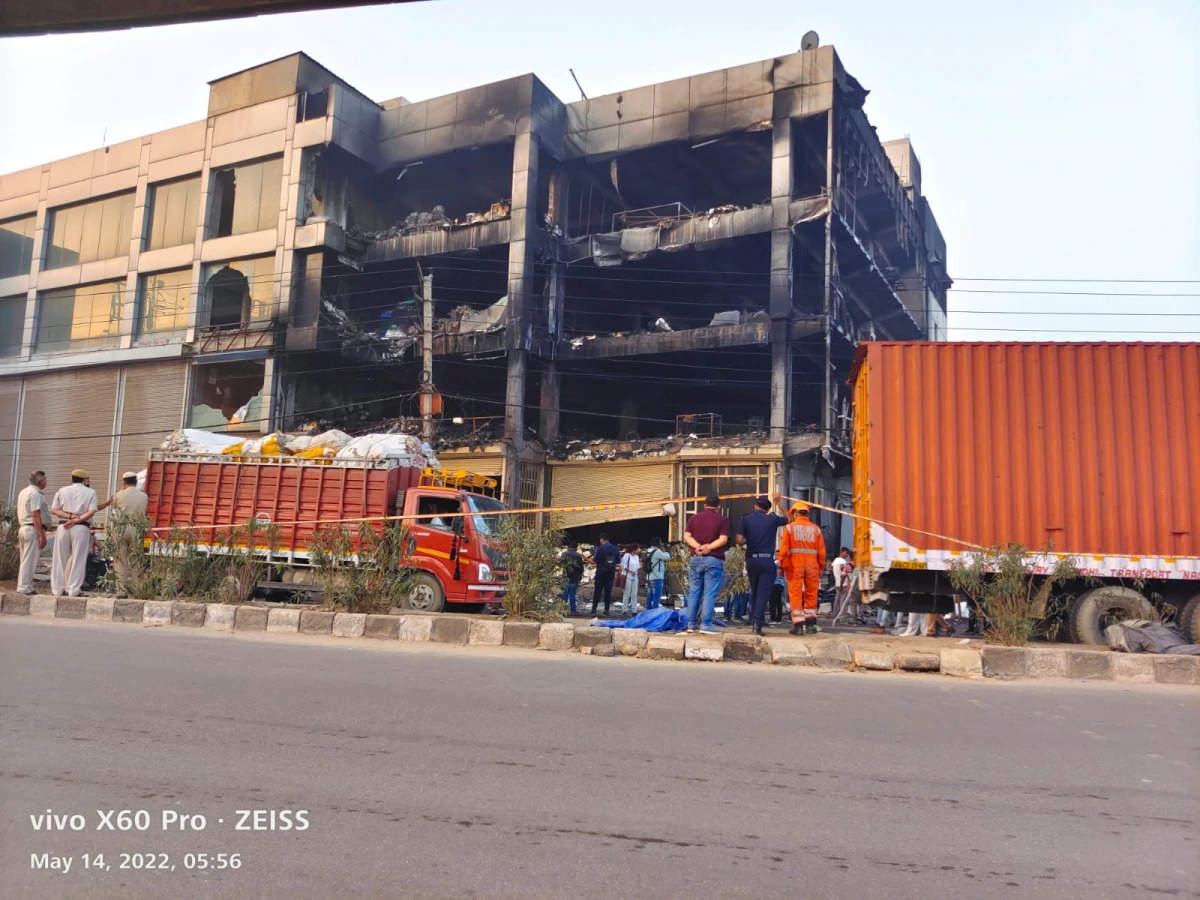 27 people died in the incident

As soon as the information about the incident (Delhi Mundka Fire) was received, 30 vehicles of the fire brigade were sent to the spot. In addition, more than 100 firefighters were engaged in extinguishing the fire. Although in the initial phase due to the intensity of the fire, the fire brigade could not succeed in controlling it, but gradually the department got some control over it and started the rescue work. During this, 27 bodies were recovered one after the other from the building. Most of the people killed were victims of the incident due to suffocation and burns due to fire.

Know how the fire started in the building

According to sources, there were narrow stairs on one side only for commuting in the three-storey building. The generator was installed under those stairs. It is said that a fire broke out in the same generator on Friday evening, whose smoke continued to fill the upper floors through the stairs. People tried to get down the stairs to escape the smoke but could not succeed due to the fire in the generator below. Later the fire brigade carried out a rescue operation for the people trapped in the building through stairs and cranes. 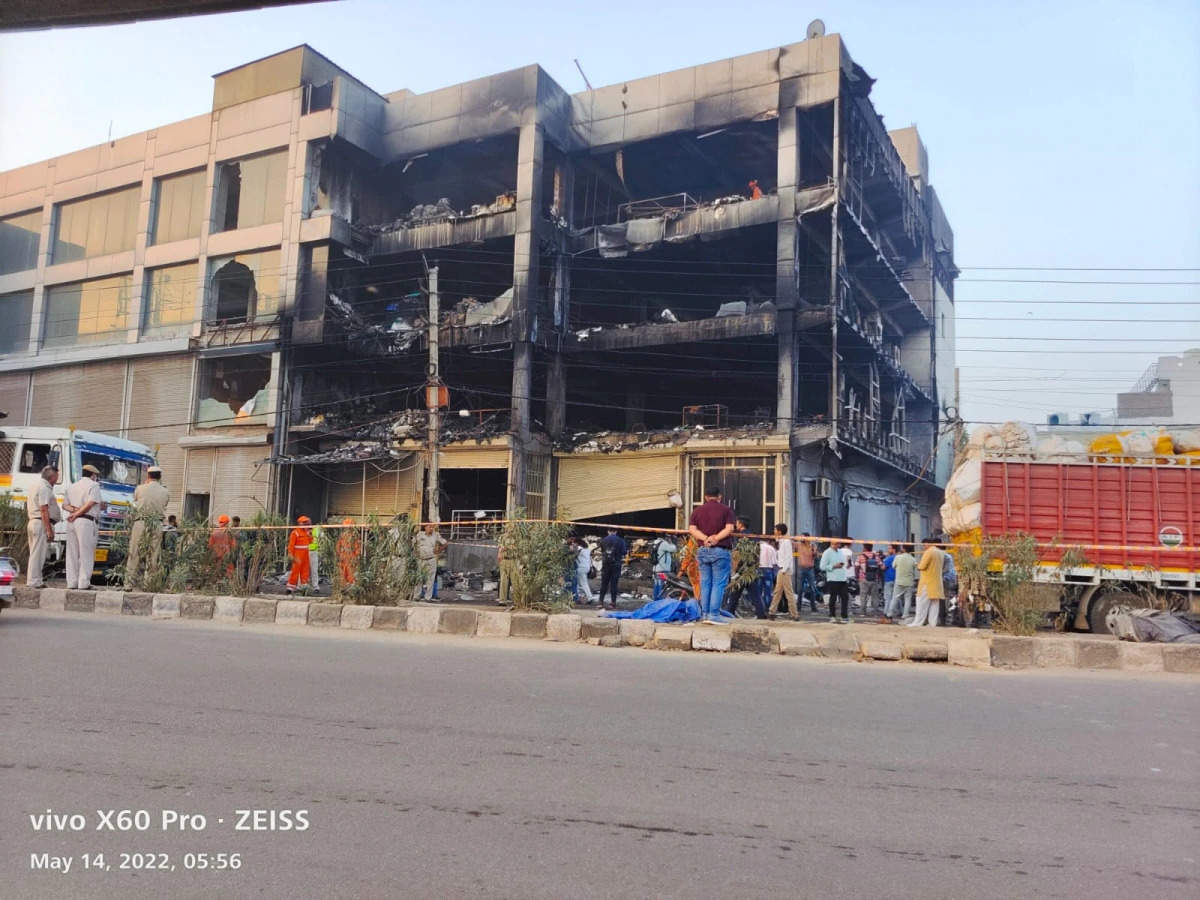 The owners of the company – Harish Goyal and Varun Goel – have been taken into custody, the police said. The owner of the building has been identified as Manish Lakra. Manish Lakra told that he lived on the top floor of the building. A case is being registered against him under various sections of the Indian Penal Code.

Delhi Fire Service chief Atul Garg said that no firefighters were injured in the operation. Six fire tenders are still present at the spot and three-four people are feared trapped in the building. He told that there was a company’s office in the first floor. More than 50 of its employees were safely evacuated, while the bodies of 27 people have been recovered.