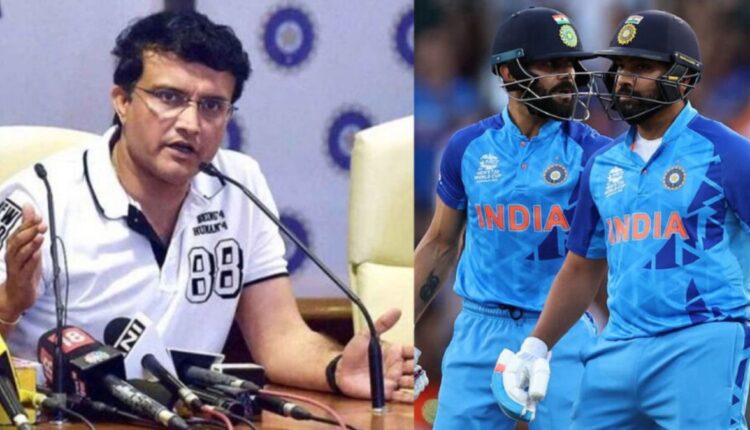 Team India is showing a great game under the leadership of captain Rohit Sharma. The Indian team has performed amazingly in the T20 World Cup 2022. After winning two consecutive matches, Team India has reached number one in Group B. Meanwhile, former Team India player and BCCI President Sourav Ganguly has made a big prediction on the Indian team winning the T20 World Cup. Along with this, the former BCCI President has also praised Indian captain Rohit Sharma.

Sourav Ganguly said in praise of Rohit Sharma – Before the start of the T20 Cricket World Cup this year, Indian fans are hoping that Team India will be able to make a name for itself this year. Team India won the T20 Cricket World Cup trophy 15 years ago in the year 2007 under the captaincy of MS Dhoni. Since then the Indian team has not won a single title. In such a situation, Indian fans and former veteran players hope that Team India can become champion this year under the leadership of Rohit Sharma.

Meanwhile, former captain Sourav Ganguly while talking to StarSports said, “Indian captain Rohit Sharma knows how to win big tournaments. He has also won the title in IPL. So we can expect him to win the T20 World Cup this year.”

You will get these features in the highest selling SUV, knowing you will also want to buy

Investment Tips: Senior Citizens Can Invest In This Scheme And Get Good Returns, Know Details

991 players have registered for IPL auction 2023, only these 89 players will be bid