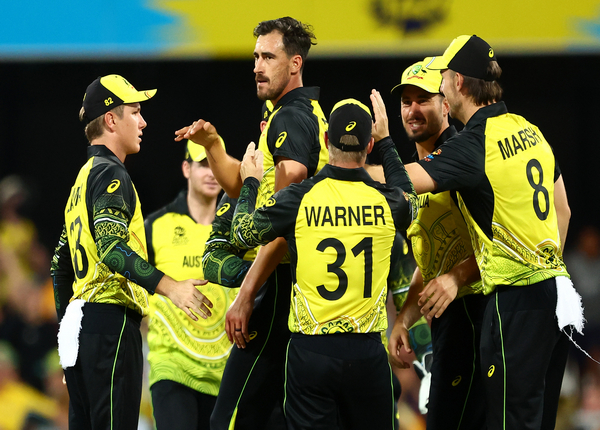 Brisbane…. Australia defeated Ireland by 42 runs in the match played in Brisbane. In this match, Aaron Finch scored a half-century for the team. While Glenn Maxwell and Adam Zampa took 2-2 wickets showing amazing in bowling. Lorcan Tucker fought for Ireland till the end. He played an unbeaten innings of 71 runs in 48 balls. However, despite this his team could not win.

The Ireland team, chasing the target given by Australia, was all out on the score of 137 runs in 18.1 overs. But Tucker fought till the end for the team. He scored an unbeaten 71 off 48 balls. Tucker’s innings included 9 fours and a six. Apart from these, none of the batsmen could do anything special. Gareth Delany faced 10 balls and scored 14 runs with the help of two fours. Paul Starling returned to the pavilion after scoring 11 runs. He hit a four and a six while facing 7 balls.

Batting first, Australia scored 179 runs for the loss of 5 wickets in 20 overs. During this, Aaron Finch played the captaincy innings. He scored 63 runs off 44 balls. His innings included 5 fours and 3 sixes. Mitchell Marsh scored 28 runs off 22 balls. Marsh’s innings included 2 fours and 2 sixes. Stoinis scored 35 runs. He hit 3 fours and a six in 25 balls. Tim David remained unbeaten on 15 runs.

BJP is dividing, we are connecting: Rahul Gandhi

Having an extramarital affair is a punishable offense in Indonesia, 1 year in prison;…

IPL 2023 Auction: BCCI refused to change the date of auction, know why foreign…

World Bank has given great news about GDP, the pace of economy can remain this much