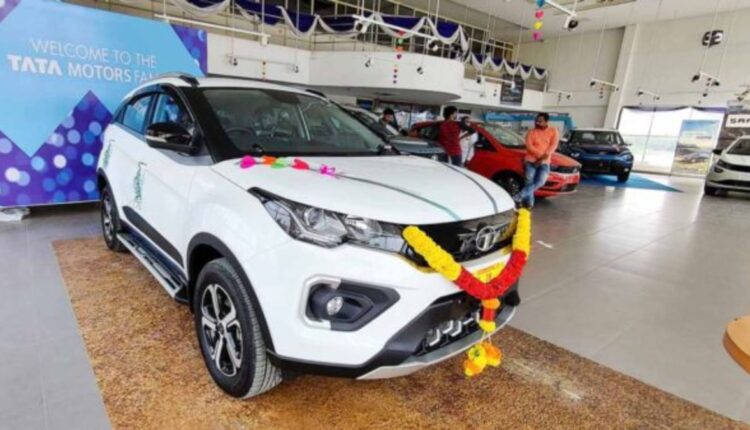 According to media reports, a resident of Karnataka and the owner of Tata’s Nexon EV told in his post that in two years the vehicle was driven for about 68,000 km. car in such a short time. Many companies have electric vehicles in India but their prices are still very high as compared to vehicles powered by internal combustion (IC) engine or petrol-diesel engine.

At a time when many other carmakers were launching very expensive electric cars, Tata captured the electric car market by launching electric cars in the Rs 15 lakh range. However, even after that, the Nexon EV costs almost twice as much as the petrol-engined Nexon.

Talk about why electric cars are so expensive..? The major reason behind it being a new technology is the cost behind its research and development. Moreover, the cost of the battery and motor used in the car makes the cost of the car quite expensive. Talking about the battery price of the best-selling electric car Tata Nexon, you may have to spend lakhs of rupees if its battery fails. The cost of its batteries alone is enough to get a great new car out there.

According to media reports, a resident of Karnataka and the owner of Tata’s Nexon EV told in his post that in two years the vehicle was driven for about 68,000 km. The battery range of the car has been reduced considerably in such a short time. The vehicle would stop when the vehicle’s battery was less than 15 percent. He gave this information to the company.

Although the vehicle was under warranty, the owner did not have to pay for it. However, the car owners wanted to know from the company how much they would have to spend again if the warranty expires. On this, he quoted the price of Nexon EV Traction Motor Assembly at Rs 4,47,489.

Similarly, a few months back Nexon EV owners had revealed the battery price of the car. His Nexon battery was also replaced free of cost, but upon finding out he was told that its battery cost Rs 7,00,000. Tata electric cars currently come with a warranty of 8 years or 160,000 kms. If any problem occurs during the warranty period, the company will fix it for free. However, if there is a problem with the car’s battery after the warranty, then you have to be prepared for long expenses.

Important news for bank customers! RBI governor made a big announcement regarding KYC…

Dhansu offer on Electric Scooter! Take home by paying only 5% of the price, 5 years…

Air India to invest $400 million to revamp its fleet